I love going down to the Southern Tier...

If you're not familiar with this phrase, it's the upper ridge of the Appalachian Mountains, the northern tier... which for us in New York State becomes the Southern Tier because the mountains and rolling hills become our border with Pennsylvania. 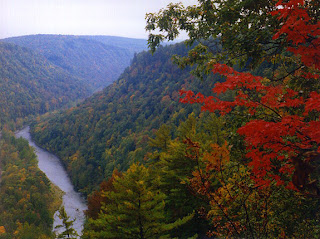 I fell in love with it in 2007 when I went to a series of Little League championship games in Wellsville, New York in Allegany County... I was there to cheer for the Plainview team, out of Long Island. My young friend Jordan Sekler was playing for their team and this gave us a chance to take the two-hour drive down and watch the games... We love baseball, we love kids, we love the Seklers, so this was a no-brainer. Inspired by both the beauty and the tough times the Southern Tier of Western New York had seen, I decided I wanted to set a series of books in that area.

When I got published, "The Men of Allegany County" became a series of books lauding the beauty of Angelica, Fillmore, Belmont, Wellsville, etc. 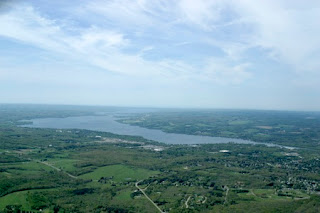 I wonder sometimes if people realize the beauty that surrounds them. I think we don't, most often, until something wakes us up to the glory of our everyday existence. To be surrounded by hills, mountains, streams, creeks, rivers, lakes... This is God's country, green and growing.

I've always questioned if the barrenness of the Middle East adds to the torment of the people. Would they be as angry and aggressive if they had the solace of green grass... gentle winds.... tree-filled forests... trickling water... snowy nights?

How much does our setting define us?

Well, let me just say, I love this setting, the Southern Tier of Western New York. It is pastoral... sweet... bucolic... and it seems to be well stocked with TO DIE FOR HEROES, LOL!   :)

'Cause ya' gotta have a good hero, right? To match these pull-themselves-up-by-the-bootstraps heroines.

If you're ever up this way, cruise the Southern Tier. Take I-86 (although parts of it need work, ignore that...) and hop off and visit the small towns. Grab some cheese at the Cuba Cheese shop in Cuba, New York. Swing by Angelica and visit the Black-Eyed Susan Acoustic Cafe for food and conversation... Grab some candy from Webb's in Mayville on the west shore of Chautauqua Lake... Grab lunch at The Texas Hot  in Wellsville and supper at the Beef Haus up the road....

The first "Kirkwood Lake" book comes out in three weeks. "The Lawman's Second Chance" is a 4-Star (Romantic Times, March) compelling read of how life takes sudden bends in the road... and how faith helps us travel unexpected paths.

More on that later.... For now have a blessed, prayerful and thoughtful Holy Week! God bless you!

Ruthy
Posted by Ruth Logan Herne at 6:40 AM